7.6 billion people producing an estimated global GDP of 131 trillion dollars (measured in purchasing power parity), that is the world in 2018. In its latest forecast, the International Monetary Fund predicts predicts a continuing global economic growth of 3.9%, while according to the United Nations Population Division an extra 83 million people will populate this planet (1.9% growth). The following two cartograms show, how the distribution of wealth and people looks this year by resizing each country according to the total number of people (top)/GDP output (bottom): 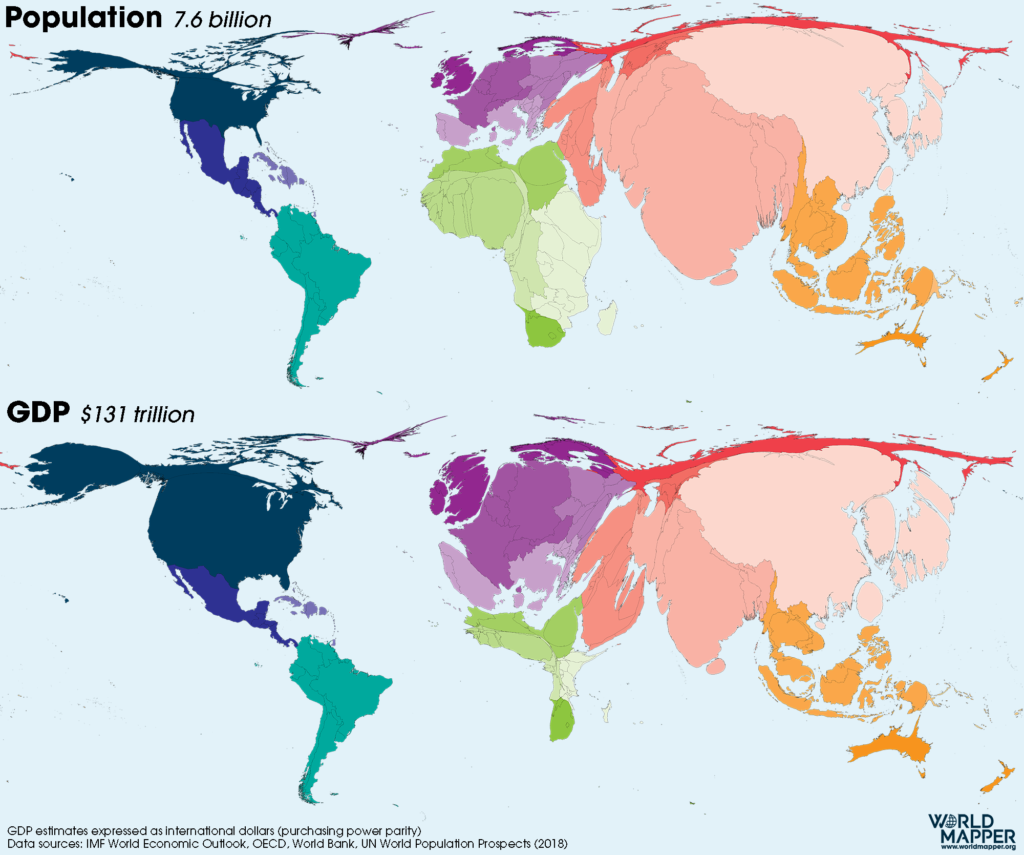 Both maps can also be viewed in the maps section where you find further details about each of the cartograms and the data sources and also the possibility to obtain map use licenses for commercial use: