“On 27 November 1895, Alfred Nobel signed his last will and testament, giving the largest share of his fortune to a series of prizes in Physics, Chemistry, Physiology or Medicine, Literature and Peace – the Nobel Prizes. In 1968, Sveriges Riksbank (Sweden’s central bank) established The Sveriges Riksbank Prize in Economic Sciences in Memory of Alfred Nobel.” (quoted from Nobelprize.org)
On December, 10th this year’s main award ceremonies take place in Stockholm and Oslo, adding the latest laureates to the list of 590 Prizes that went to 935 laureates in 6 Prize categories, amongst them 24 organisations and only 51 women since its inauguration in 1901. These are plenty of awards that went out over time which allows for a closer investigation of the spatial patterns of the awards that went out over time. The following cartogram reveal the real shape of the world of Nobel prizes for all prizes that were awarded in the past 117 years went to. Each country is resized according to the total number of Nobel Prizes that went to an individual or group from that country: 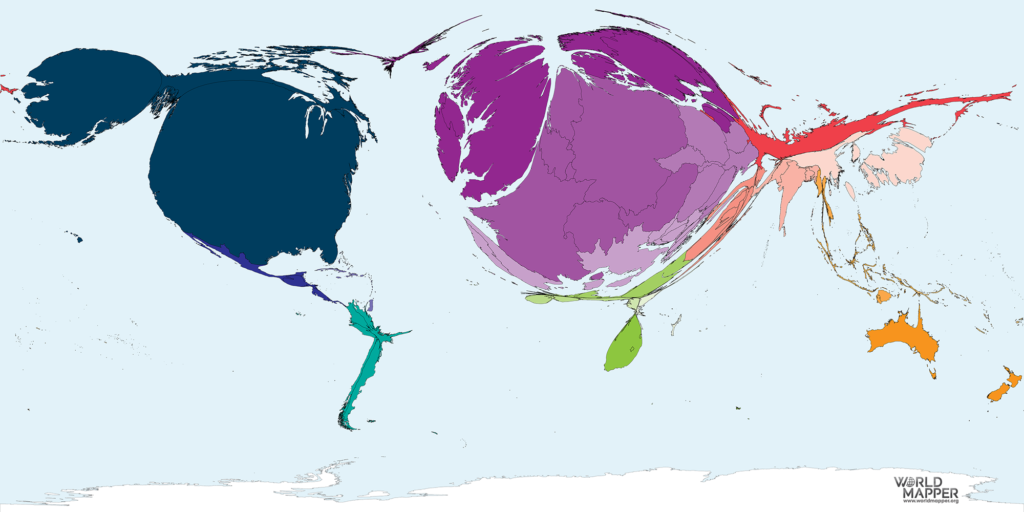 This image already highlights the very unequal global distribution of the recipients which makes some wonder (amongst many other controversies), whether this Prize is really always given out (as sought by Nobel) “those who, during the preceding year, shall have conferred the greatest benefit on mankind” or whether there is a certain geographical bias. Despite the overall dominant picture of all prizes given out is very much also reflected in the different categories that this award is given out for, there are distinct patterns between the individual categories, such as the poorer parts of the world doing slightly better in the Peace prize as well as in the number of women who received the award. The following map series shows, where the prizes went to over all time in each individual category as well as the distribution of men and women who have received the honour: 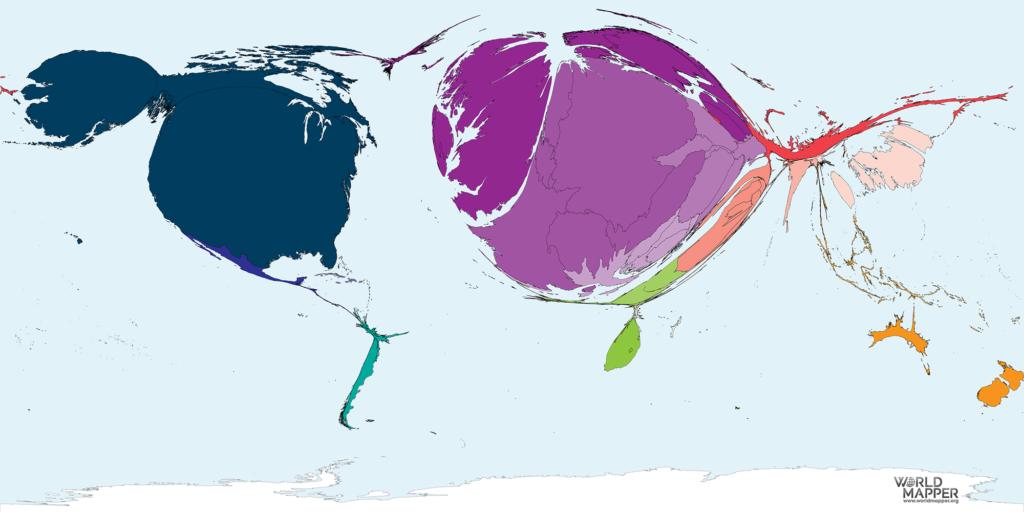 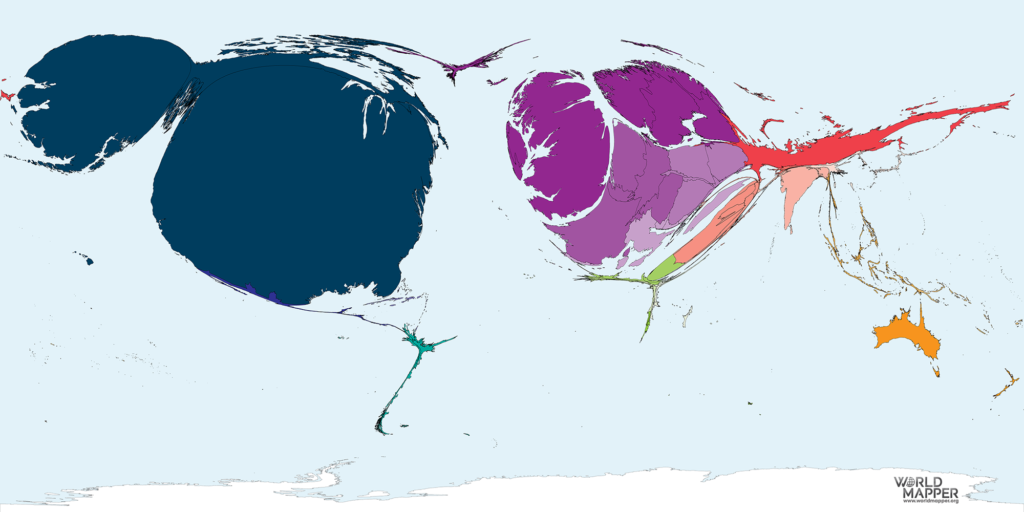 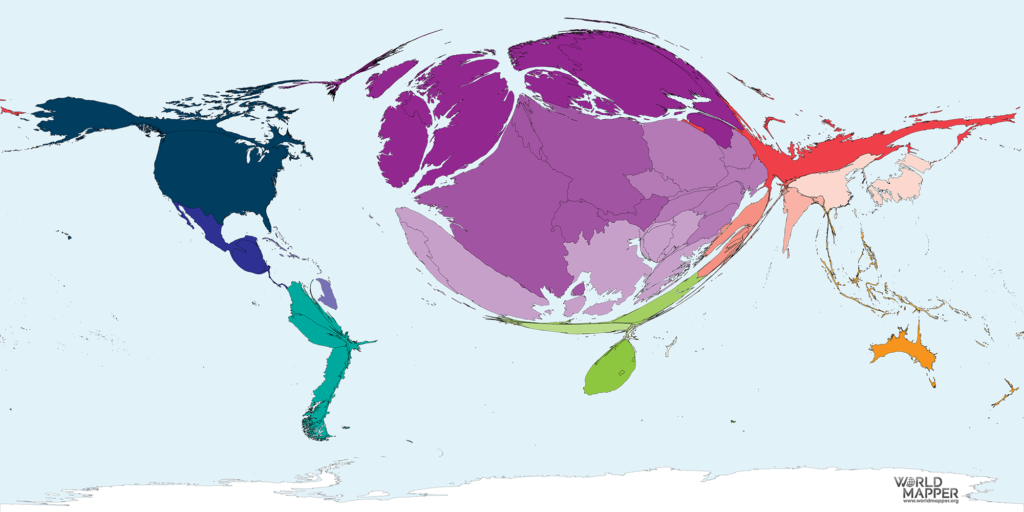 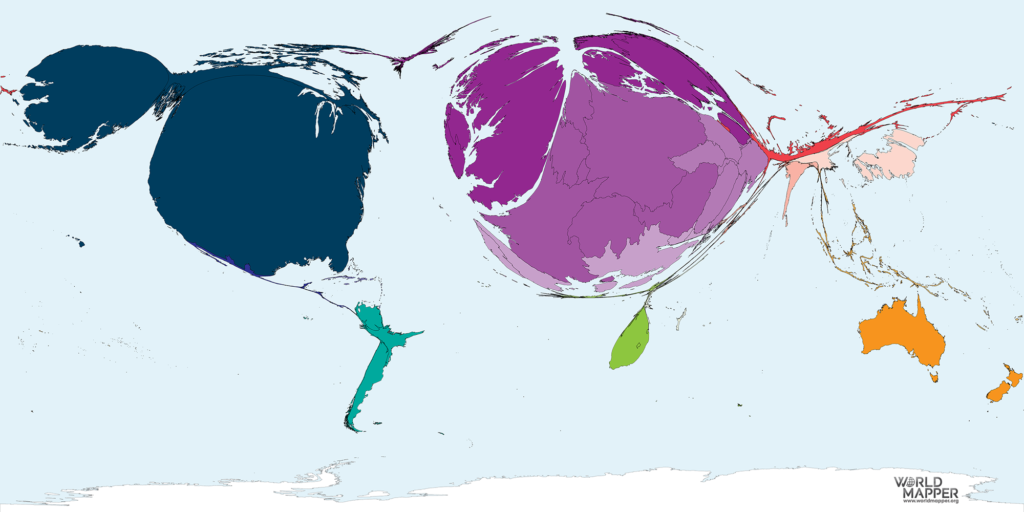 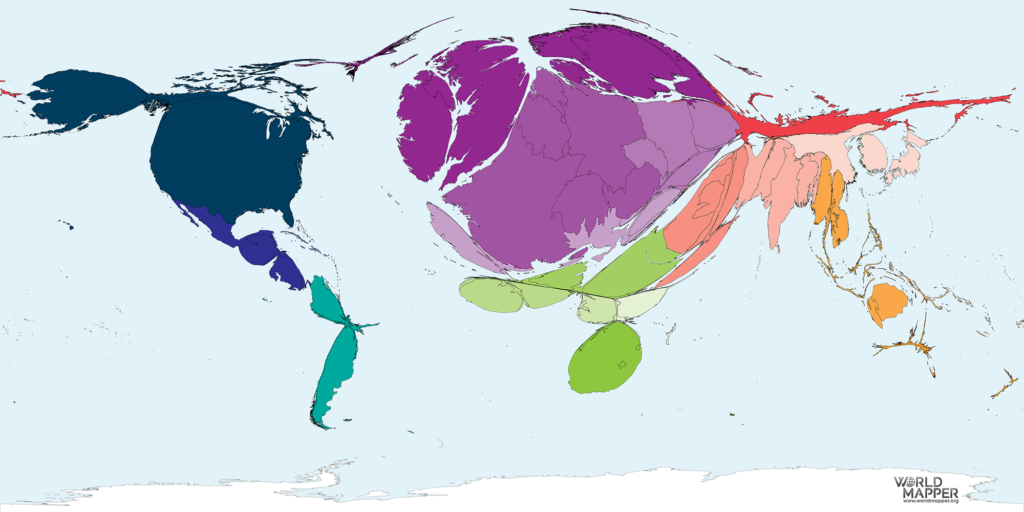 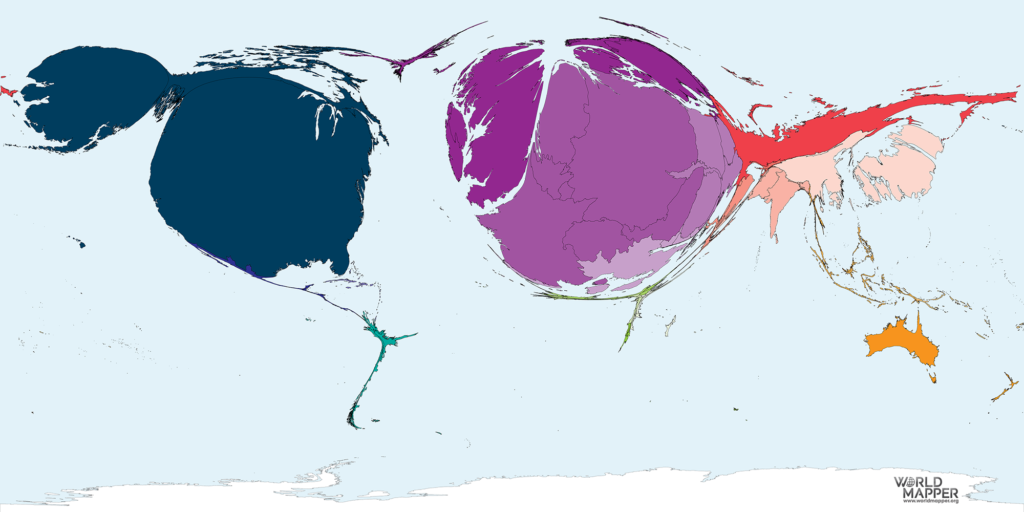 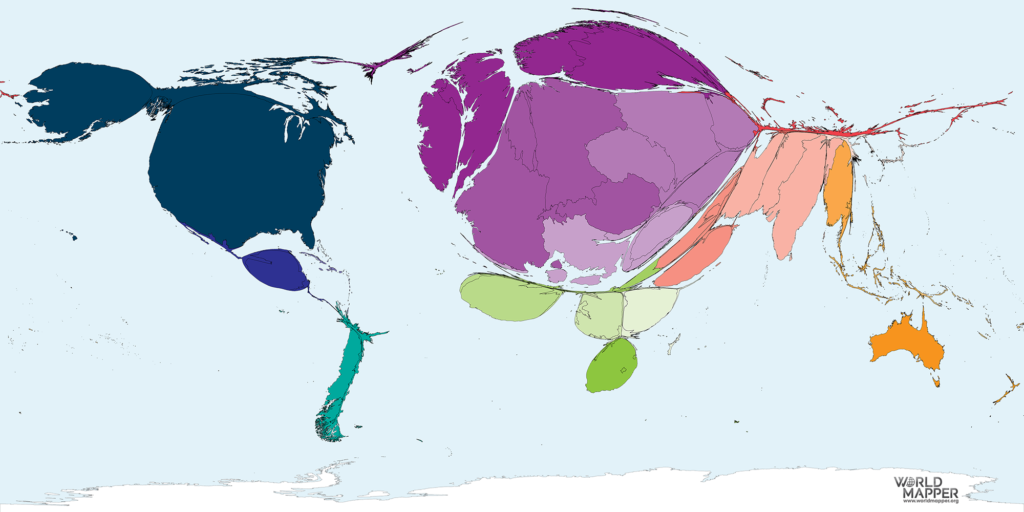 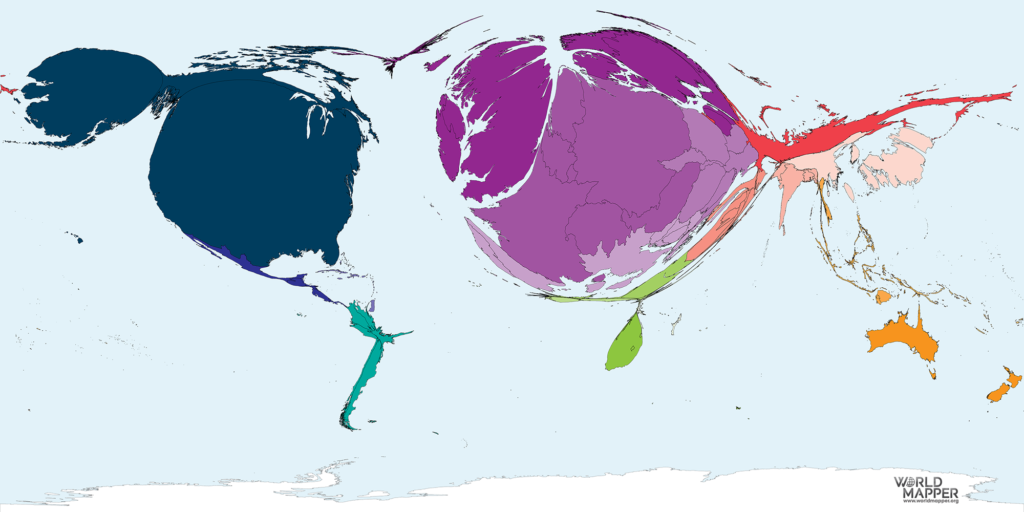 As these visualisations show, the distribution of Nobel Prizes over time contains a high degree of global as well as gender inequality in science and society. An analysis of the patterns over time by Jürgen Schmidhuber – one of the few analyses done on the issue – discussed “the growing number of laureates per Nobel Prize […] by comparing the temporal evolution of national Nobel Prize shares by country of birth and by citizenship”. It shows how dominant Europe and the USA have always been, though with changing temporal patterns, but also what that there are particular patterns of brain drain (and brain gain) in the 20th century that increase the dominance of certain nations even further as the globally magnets of research. Far over 80% over the prizes awarded to date have gone to the wealthiest parts of the world. And equally unequal is the share of women amongst those being awarded this prestigious honour. Are male scientists from the rich world really that much better in cultural and/or scientific achievements as this images suggest?