Soybeans were unexpectedly thrown into the centre of an emerging trade war between the United States and China in 2018. After US president Donald Trump started announcing new tariffs on goods which were targeting Chinese exports to the USA, China reacted swiftly with the announcement of tariffs affecting US imports into China. Soybeans were among the products that the Chinese used in their retaliation response.

The food, beverage and feed industry have in 2017 been contributing to $133 billion of the US exports, with soybeans being the single largest product within this category.

A closer look at the soybean industry helps to understand why this crop found itself in the global headlines. The main producers globally are the USA and Brazil, as well as (at a distant third place) Argentina. 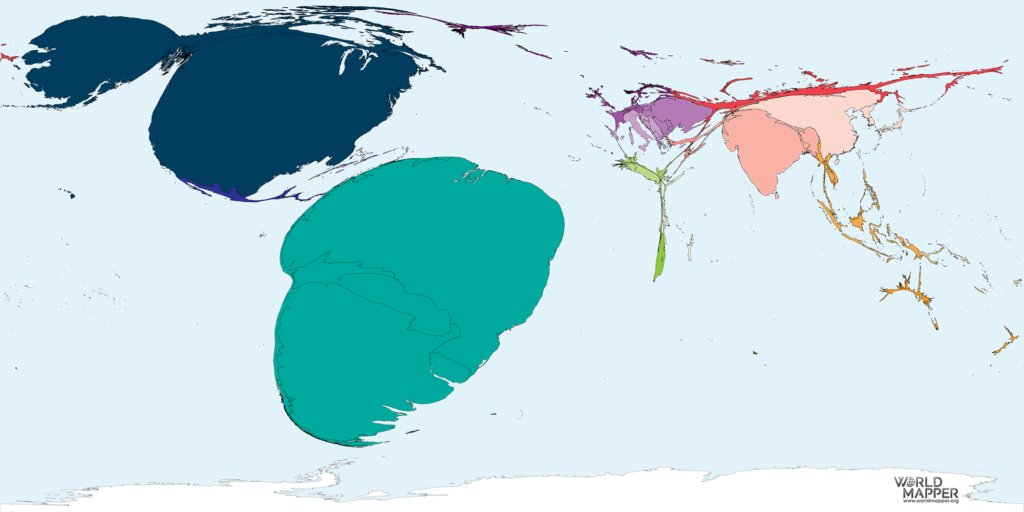 China as well as India are major producers though at only around 10 per cent of the quantity that the USA produces. However, their domestic demand exceeds their production considerably. Paraguay, Canada and Ukraine are also mainly producing for the global market, but play only a minor role in global trade.

In the following cartograms all countries are proportional according to the total soybean exports from the USA (left) and imports into China (right). This shows that the major global producers in the Americas are also the major suppliers for the Chinese market. 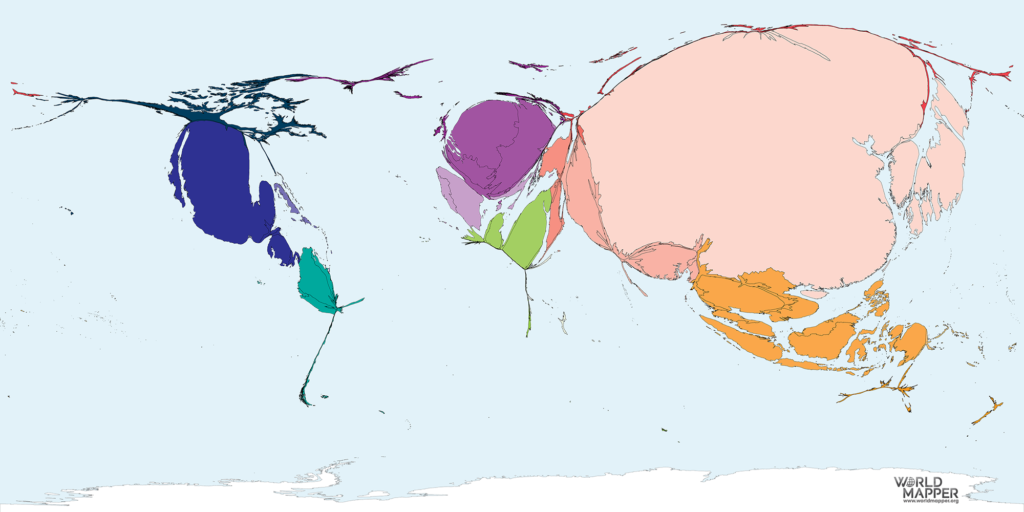 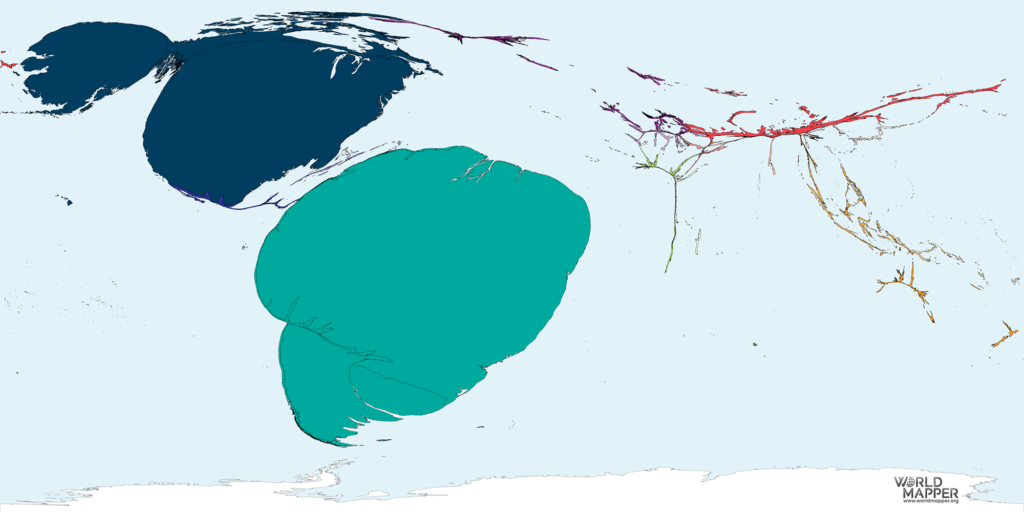 Exports of soybeans from the USA are spread geographically, but still quite concentrated on few regions. China is the major importer (of approximately 60 per cent of the US exports), followed in much smaller import quantities by Mexico and then the Southeast Asian and European markets (which are channelled through the Dutch and German shipping ports).

The picture of global soybean trade makes it quite clear that Brazil and Argentina will not be able to meet China’s demand alone, even if they now have a competitive advantage over the US producers. However, in the context of the trade Donald Trump’s decision of announcing new tariffs targeting China were mostly led by the existing trade deficit between the USA and China, so that it becomes clear why China responded with its own tariffs on a produce that is a major part of the surplus generating trade sectors in the USA.

Overall the USA has been running a growing trade deficit (which increased by 25 per cent since 2010), while China has a considerable (yet shrinking) global trade surplus. These global patterns are reflected in the trade relationship between the two countries where China is a major contributor to the US trade deficit, which in turn feeds into China’s surplus. 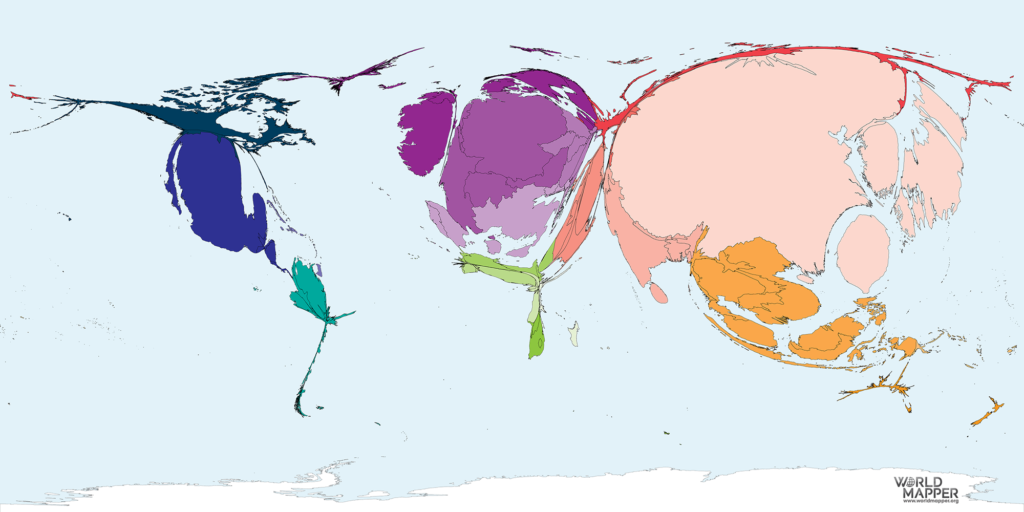 These two cartograms show the countries and regions proportional according to the total deficits (US) and total surpluses (China) in trade with these areas.

The interconnectedness of the US and Chinese global trade in goods becomes very visible in these maps and helps to understand the currently existing conflicts.
Soybeans have become a symbol for the complexity of global trade relations that have developed over the past decades and are now manifested in complex cobwebs of flows of goods across the planet.

This is a modified version of a feature published in the December 2018 edition of Geographical Magazine. Please contact us for further details on the terms of use.